Jimbo Floyd, CIC, Nominated to the Executive Committee of the Independent Insurance Agents of Georgia 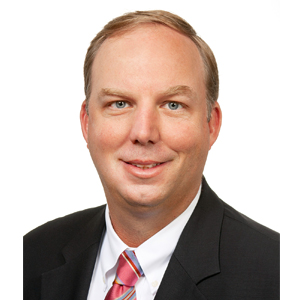 (Alpharetta – April 12)   Jimbo Floyd, Vice President and Partner of Turner Wood & Smith Insurance in Gainesville, has been nominated to serve on the Executive Committee of the Independent Insurance Agents of Georgia.

If elected by members at their annual meeting in June, Mr. Floyd will serve as Secretary Treasurer through June 2022, rotate through the chairs of Vice President and President-Elect to serve as the association’s president in June 2024.  Serving as Immediate Past President the following year, he will have served his fifth year leading the association and will chair the Nomination Committee and selection of the next Executive Committee Member in 2025.

Jimbo Floyd has been an active and committed leader in the association for many years, serving on its Board of Directors as Governmental Affairs Committee Chairman and for five years on the Young Agents Executive Committee, serving as Young Agent Chairman in 2016-17.  His work and service to the association has been instrumental at the capitol and in regulatory matters of importance not only to the insurance industry, but to citizens and businesses across the state.

In 2005, Mr. Floyd joined Turner Wood & Smith Insurance in Gainesville,  and was named Vice President and Partner just six years later in April of 2011.  He is a graduate of the University of Georgia’s Terry College of Business where he majored in finance and has earned the prestigious professional designation of Certified Insurance Counselor.

Mr. Floyd is an active member of the Hall County Community and served on the Board of Directors for many civic and non-profit organizations  including the Gainesville Jaycees, United way, Greater Hall Chamber of Commerce, Gainesville State College, We Care Foundation, and Gainesville First United Methodist Church. His work with the Greater Hall Chamber of Commerce earned him a Silver Shovel Award in 2013 and his work in the community earned him the Gainesville Jaycee’s Young Man of the Year award in 2014.

Jimbo and his wife Jenny are members of Gainesville First United Methodist Church and have two sons, James and Henry.